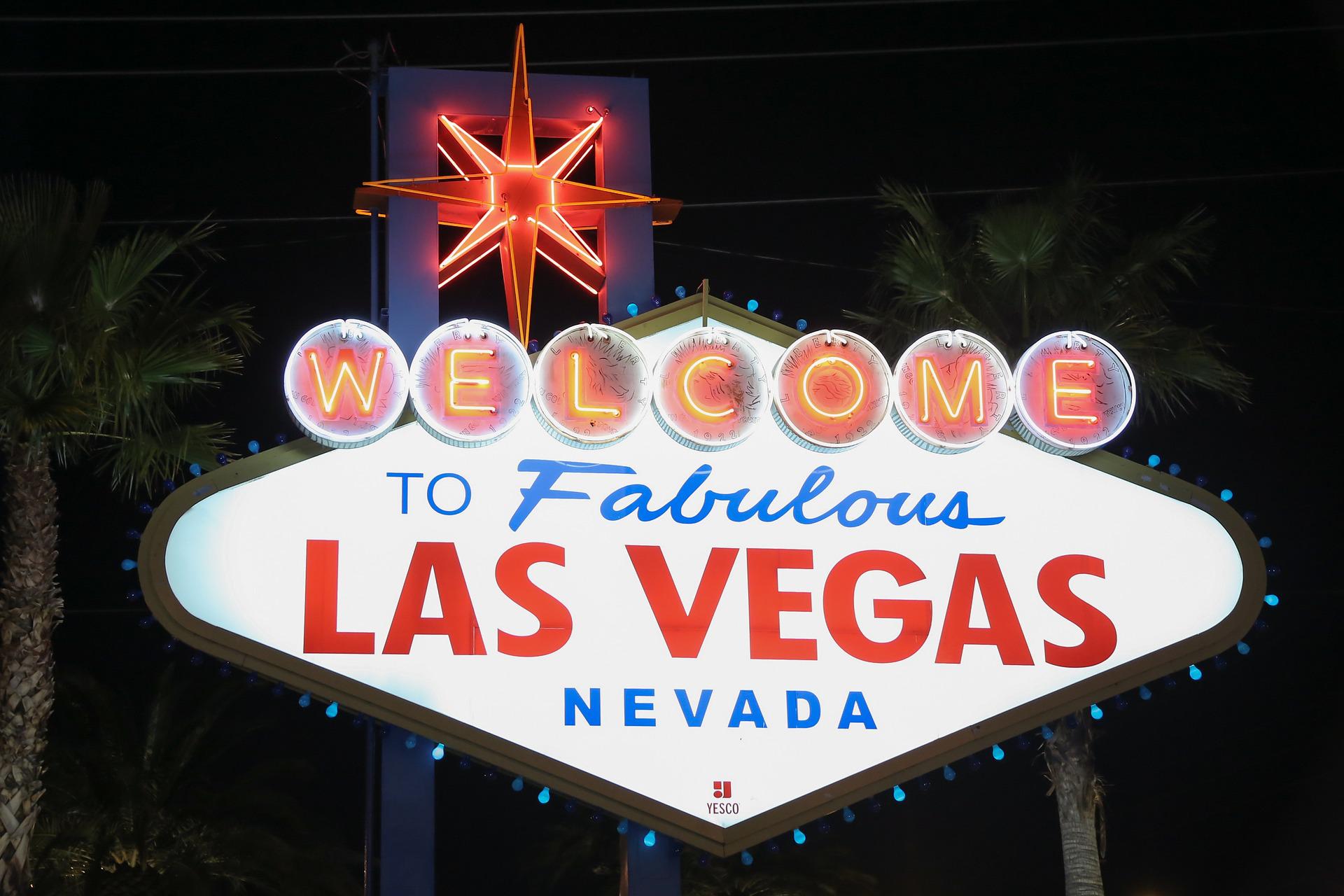 My wife and I were in town to represent my organisation at a small meeting, and it was our first trip to Las Vegas. It was summer, and the days were scorching hot, with the nights not much cooler.

My wife is 5-8 in height, with dark brown hair, a stunning set of C-cup tits, great legs, and a tight ass. She was only 19 years old at the time, and she couldn’t yet gamble. I was 21 at the time and had no issues.

We spent the most of the first day at the conference hall unpacking our exhibits before rushing back to our hotel room. My wife put our clothing away before changing into her bathing costume. I stepped up behind her and stroked her lovely boobs as soon as she undressed.

In the cool, air-conditioned room, her nipples became quite hard. She turned to face me, allowing me to take in all of her splendour. Her breasts are stunning, and her tan lines from her little swimming suit are gorgeous. Her crinkled areolas were centred by her stiff, huge nipples. They’re ripe and juicy, and I can’t wait to get my hands on them.

She reached out and gently stroked the hardening prick in my jeans, instructing me to remove it for her to play with. I instantly complied, and my raging hard on erupted. She dropped down on her knees and smiled at the completely hard and thick length. Her lips sank into the warm meat in front of her, and she sucked it in. Her mouth was on fire, and saliva was coating my dong.

She drove me to nirvana by pumping the shaft with one hand and fondling my balls with the other. While she coaxed me to my climax, I stroked my fingers through her long hair. But I managed to keep my cool.

I instructed her to lie down on the bed, which she did. She was lying in the middle of the bed, but I dragged her to the bed’s edge and devoured her delectable body. I ran one hand down her body to her furry pussy, and her breasts were firm and delectable.

Her pussy l lips parted readily when I located her opening, and it was nicely cut. When my fingers went into her hot, scorching box, she began to moan and move. My fingers moved in and out, and my thumb brushed against her clit as I nuzzled on her tits. It was bringing her to her first climax, and she moaned loudly the whole way through. Then I moved down to kiss, lick, and suck on her love button, which triggered her to explode once more.

She told me she needed my dick inside her as soon as possible. I dragged her back to the bed’s edge and rolled her onto her stomach. Her pussy was at the perfect height with her legs open and dangling off the edge. I dove deep into her love nest with my rod and banged it like there was no tomorrow.

After that, we washed up and prepared to return to the convention centre. My wife donned her sexiest gown, a purple halter-top with a plunging neckline that fell to her navel, exposing every curve of her boobs. She sashayed around the hall, her cleavage swelling and her tits bouncing. That night, she was met with a lot of wistful eyes, especially when she leaned over.

After the evening session, I invited him back to our room and instructed him to bring some champagne. My wife was nearly out of breath with excitement when he arrived at our room. Because there were no chairs in the room, she poured the bubbly into three cups and sat between the two of us on the bed.

My wife became more assertive as we drank more. She’d rise up and refill our cups, revealing the front of her dress to my friend. He couldn’t take his gaze away from those stunning tits.

She exited the room to use the restroom. Her halter top was more looser than previously when she returned. We could see every inch of one of her breasts when she moved.

I could tell my friend was becoming increasingly engaged in the show  and was paying great attention to it. His dick was attempting to construct a tent out of his slacks. I stepped out of the room for a few moments, knowing that if anything was going to happen, it would happen now.

I heard her ask my friend if he liked her dress while I was in the bathroom, and he answered yes. She slipped out one of her milky white and tan breasts and inquired if he liked what was in the dress as well. Yes, he said with a swift shake of his head. He nodded affirmatively again when she asked if he’d like a sample.

She approached him and pressed her dark brown nipple against his lips. His tongue slithered out and around the brittle nub. When I exited the bathroom, his hands had already slid out her second boob.

They were startled and moved away from each other. I asked my friend, smiling, if he thought my wife was attractive. He stated that he did so. I told him that because one of her boobs was still out, he could assist me in enjoying her delectable charms, but only if she wanted him to continue.

He turned his gaze to my wife. She reacted fast, untying her halter-top and releasing her torso. In the light, her fully exposed boobs were a sight to behold. They were milky white, with her golden tan framing them. Her areolas were crinkled with delight. My friend’s look matched my wife’s in terms of pure passion.

He feasted on her tits while mauling them with his hands as she moved her tits back into his face. I pulled her dress down her body and realised she wasn’t wearing any underwear that night.

She yelled out in her first explosive climax after he teased his fingers around her clit without actually entering her pussy. She brushed her hand and fingers on his, covering them in her greasy oils.

She told us to get naked while she was recovering. My friend was the first to strip, and she cooed when she saw his gear. He was not circumcised and had an eight-inch dick. She’d never seen anything like it.

I was circumcised, and I was her first true lover. She had only jacked off one other boyfriend back in high school.

She knelt down and asked if she might study it more closely. He answered yes with a smile. While I completed undressing, she took it in her hands and studied his cock for a while. She commented on how his cockhead slipped in and out of the loose skin as she pumped it, carefully caressing the foreskin with her fingertips.

She remarked it wasn’t quite as thick as mine, but she enjoyed it a lot. She followed the lines of his veins around his dick’s girth. She started stroking the shaft and fiddling with his foreskin, watching the tip slip in and out.

With her full concentration on his cock, my friend was in ecstasy. He instructed her to put his cock in her mouth, which she did. The foreskin gave him a new feel, and she quickly devoured him. Her tongue encircled the additional skin in circles. She sucked on his cockhead and repeatedly slipped it back into its sheath.

She twirled her tongue around the tip of his prick, lavishing it on his prick. She’d then lower her head and thoroughly embrace him. He moaned about how amazing she felt and how she should keep sucking him. She murmured that she loved his uncut cock and yearned for much more.

While I had my fingers in her pussy, she continued to suck him. My thumb was massaging her clit and my fingers were deep in her. She was straining against my grip and greedily swallowing his length.

Then she had a thought. She obtained some towels as well as some bubbly. She knelt on the floor and poured the liquid over her body, massaging it in. She then instructed us to lick it off. I began with her tits while my friend started with her pussy.

My wife began to lick a small amount of fluids off my cock, while my friend began to use his cock on her pussy. While she was sucking my dong, he slipped his cock into her steamy cunt.

He spread her legs wide in the air to enable for deeper entry. With each stroke, he began to slip in and out, increasing the tempo.

My wife stopped sucking me and focused entirely on him. Her ass was bouncing back and forth in time with his thrusts. She was squeezing his ass in an attempt to entice him deeper into her cunt. While they fucked like animals possessed, I watched and touched her tits.

From behind, he rolled her over and entered her pussy. While pounding her pussy, he grabbed her tits and used them as handles. As his red-hot prick pushed in and out of her wet hole, his enormous nut sack bounced against her tight buttocks.

My friend leaned in and kissed her while playing with her tits. She regained consciousness and proceeded to grind her cunt on my pelvis. She instructed me not to move and that she’d take care of everything. With great strain, her cunt muscles began to ripple up and down my cock.

My friend was sucking on her nipples, twisting them completely out of shape, and she was having a lot of fun with it. Then he turned around and stepped behind my wife. As she moved up and down my rod, her ass was high in the air. He poured champagne on his dick.

For a brief period, she stopped fucking me while my friend slipped his rod into her ass. While she was relaxed, he slid his cock in and out of her tight hole. She told us to get in tune with each other and to fuck her well.. She instantly exploded in a loud climax as we exchanged strokes. She pulled back the foreskin and requested him to bring his cock back to her face.

She was once again riding my dick like a bronco as she began to jack him off. The hotter she grew, the more she bounced. Her tits were flapping in their own beat, and her hair was flying all over the place.

My friend left, and my wife climbed into bed next me. She rubbed my limp dick and told me she was happy, but she needed one more fucking from just me. I extended her legs and slowly entered her well-used pussy as my dick hardened again. I caressed her gently in and out while I made love to her. We fell asleep as soon as we were done.

We never replicated our scene with my friend, but in the not-too-distant future, we had a good time with one of her friends.