Q & A Bulls Insight Of The Lifestyle 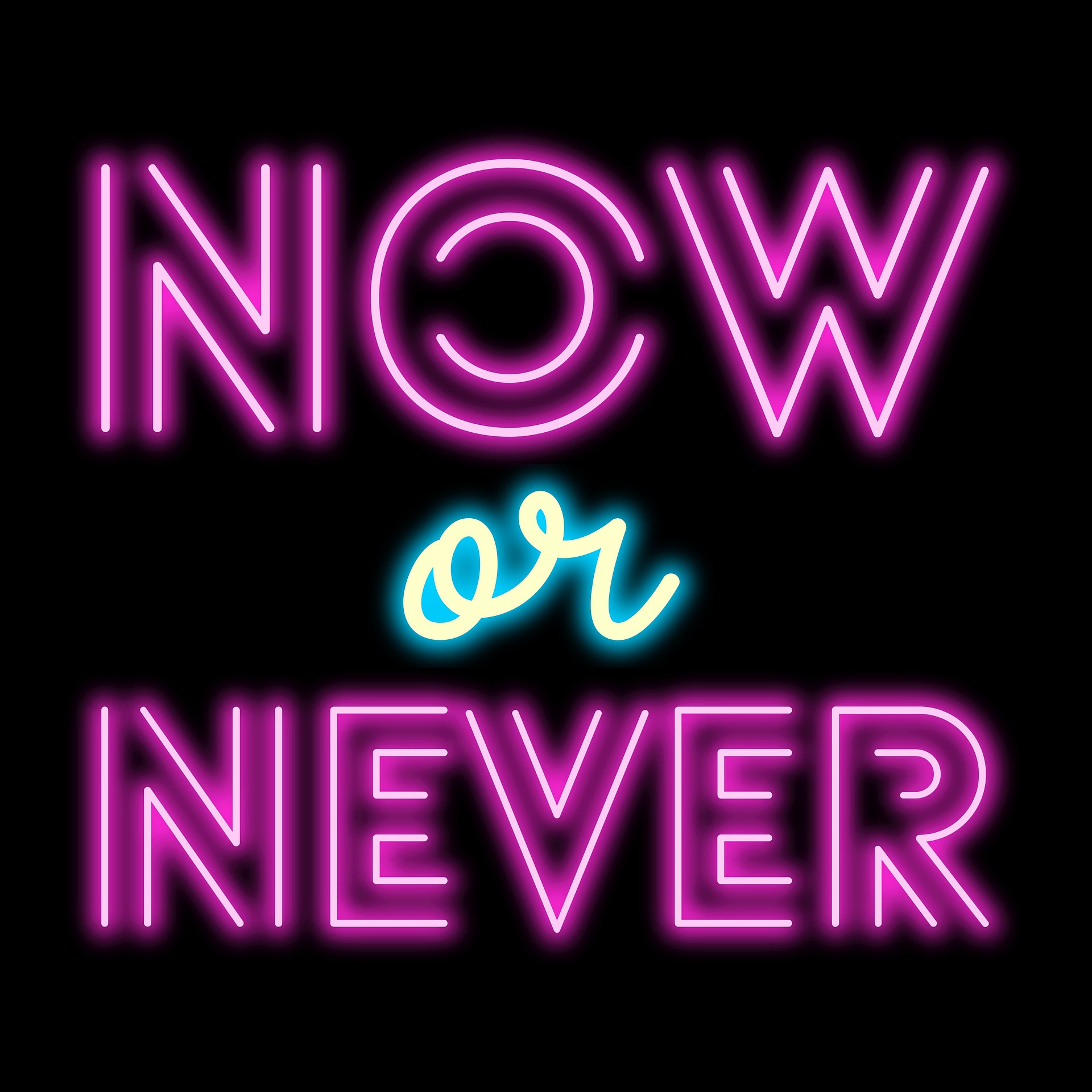 Q & A Bulls Insight Of The Lifestyle

This is a written interview with a 35-year-old American man who enjoys being the third sexual partner in relationships/marriages and self-identifies as a bull.

Just in case you were wondering, cuckolding is a perversion in which a man enjoys watching another man have sex with his wife or partner. The cuck is the one who keeps an eye on things, and the bull is the one who enters as a third party to have sex with the cuck’s wife or partner. You might think it’s strange, but a lot of people are into it, and you’ll learn a lot from this interview!

Tory: When you claim you’re a bull, what exactly do you mean?

Bull: It indicates that I prefer spending time with couples, particularly the woman, while the man either observes or participates.

Tory: Can you describe how the bull sessions differ from regular you-and-your-partner fucking sessions in terms of intensity and sensation?

Bull: It’s definitely thrilling in a different manner. I appreciate bringing in something different than what the woman or couple is used to because I’m a pleaser.

Tory: Is that all there is to it? Is it because a man goes ahead and shares his partner with you/the man watching that it becomes more intense?

Bull: Without a doubt! That gives you a distinct advantage. I mean, the encounter’s ‘illicit’/unconventional aspect is a kick for all parties involved. The woman enjoys being with a different man while her husband supervises, and the husband enjoys seeing his wife happy. The bull also appreciates being treated as a kind of sexual object.

Bulls are well aware that the woman is interested in them beyond that one meeting. They aren’t looking for a woman to steal. They are just interested in providing that ‘in the moment’ pleasure.

Tory: Alright! Is that something you’ve always enjoyed?

Bull: Well, I’m not sure how a kink develops psychologically. Lol. What I can say is that when I was younger, around a decade ago, I was fortunate enough to be with a few older ladies, some of whom were married. This was, however, to their partners’ detriment.

Tory: Okay! That’s not the same thing as being a bull because their partners weren’t present. I’m curious as to how your ‘bull life’ came to be. Did you do it once and find it enjoyable, so you kept doing it?

Bull: Of course, it’s not the same. My first outing was going to be a quartet, but my partner was unavailable, and the pair insisted that I join them nonetheless. It was enjoyable, and I’ve been on the lookout for such opportunities ever then.

Tory: Could you tell me more about your first encounter?

Tory: Wow! That has to be a lot of fun! How long has it been since you first tried being a bull, or how long have you been thinking about it?

Bull: It’s been 2 months ago since I last saw a couple. Couples looking for a bull to join them in the USA  are far more unusual than couples looking to swing, in my experience. And by swing, I mean a complete partner switch.

Tory: Have you ever had a situation where the man simply wanted to watch you have sex with his wife/partner?

Tory: Wait! What makes Cuckolding/being a bull so different from the Stag and Vixen sessions?

Bull: Cuckolding is about humiliation: the cuck (the man watching you have sex with his partner) enjoys being verbally humiliated or confined and watching helplessly as a man has sex with his spouse. The bull may have a larger masculinity or be regarded as more traditionally attractive than the man.

Tory: Interesting! So, could you tell me about your Stag and Vixen adventures?

Bull: I’ve been with four different couples, if my memory serves me right. Two of them were married, and the other two were on the verge of getting married. I’ve only spent time with one of the remaining two couples twice, and I’ve spent time with the other couple several times.

However, in my view the swinging scene in USA is far larger than the cuckolding scene. Many married couples overlook me because they are looking for a foursome, and my spouse is not available. I Think this is changing though as Stag and Vixen Lifestyle comes more publicised due to no humiliation and sexual choices are more acceptable in society

I believe that the males around here would rather join in than sit back and watch you have sex with their wives/partners.

Bull: Yes, that has also been my experience. Most ‘vanilla’ swinging couples, in my opinion, could be ‘Vixen and Stag’ if they were comfortable enough with the proper bull. I’m hoping that option will become more widely available in the future. Your blog and website at VXN LIfestyle, hopefully, will encourage couples to get out there and explore.

Tory: That is exactly what I am looking for when people read this interview. So you mentioned that bull-hunting couples are uncommon in Ghana. Is it not a major concern for you? What happens if you meet a pair who prefer to swing rather than let you be the bull?

Bull: It’s all up to them. It’s not my only kink, and I don’t push it. FFM threesomes are also something I adore on a good day! I’ve also been in groups of 5 or 6 people, so if I’m not everyone’s cup of tea, I sip my water and go to sleep. Lol.

The first few times I went, there were supposed to be foursomes, but the couples ended up with just a bull.

Tory: Was it because your girlfriend had abandoned you?

Bull: They were unable to participate.

Tory:Okay. So that’s a win! Who would you say wanted the encounter more out of the couples you’ve met? Which is more important, the men or the women?

Bull: Without a doubt, the ladies.

Tory: Nice! That appeals to me. And have you ever had a partner that wanted to see you after the session? What are they doing behind their partners’ backs?

Bull: No, I’m not interested at all. That would be devious.

Tory: Yes, I am aware! But most men should be concerned about the possibility that the sex will be better and the woman will cheat behind their backs.

Bull: That’s understandable! Before swinging in any shape or form, I’d advise everyone to make sure their relationship is completely open and trusting. Otherwise, the connection may be ruined by mistrust and insecurity.

That is, I believe, why women do not bring other women into their sexual relationships with their spouses.

Tory: Okay, I see what you’re saying. So you believe that when it comes to sharing, males are more trusting than women?

Bull: I guess so! Women don’t seem to share their relationships very often. Maybe you’ve seen a lot more of them than I have.

Tory: Yes, and I’m aware of ladies who aspire to be cucks. They’d rather sit back and watch him having sex with another lady than have their partners watch.

Bull: Women, in my opinion, should be encouraged. What do you believe is preventing them from moving forward?

Tory: locating the third/appropriate individual… That is precisely what is preventing them from progressing. Anyway, you keep using the word ‘swinging.’ Is it because cuckolding is considered a subcategory of swinging?

Bull: I was referring to lawful sex outside of a partnership when I used the word.

Tory: Alright. Could you tell me how you go about finding couples? Twitter?

Bull: If you’re looking for something to do, VXN Lifestyle is a wonderful place to start. Craigslist used to be fantastic as well, until they removed the “personals” section. However, I’ve yet to have much luck on Twitter. Twitter, I believe, appeals to a distinct audience.

Tory: VXN What’s the best way to go about it?

Tory: Wow! What exactly do you mean when you claim Twitter appeals to a distinct demographic?

Tory: So you’ve had folks text/dm you about wanting to attempt cuckolding or swinging, but they didn’t show up when the timer ran out?

Bull: Well, they could give it a shot, but it could not work out depending on their tastes. If you don’t want sex workers or people who are too young, it can be challenging on other sites but VXN appears to have genuine vetted profiles.

Tory: Okay! What advice would you provide to a couple interested in getting into the Stag Vixen Hotwife and cuckolding business?

Bull: Take it slowly at first. Maybe start a profile and join Twitter and VXN . Be patient, talk to a few individuals before making your decision, don’t tolerate rudeness (unless it’s your kink), and don’t waste anyone’s time if you’re not interested.

Tory: Wasn’t it true that you mentioned Twitter wasn’t working for you?

Bull: You asked if I’d met anyone on Twitter, and I told you that I hadn’t.  However, I still like Twitter since it allows you to interact with someone over a longer length of time, track their interests, and see who they interact with. It provides a considerably greater scope for evaluation.

Tory:True! Last but not least, would you think that such interactions aid in the development of good relationships?

Bull: When both couples desire it, it helps. If it doesn’t sit well with one or both of them, the relationship may be jeopardised as a couple you need to be sure.