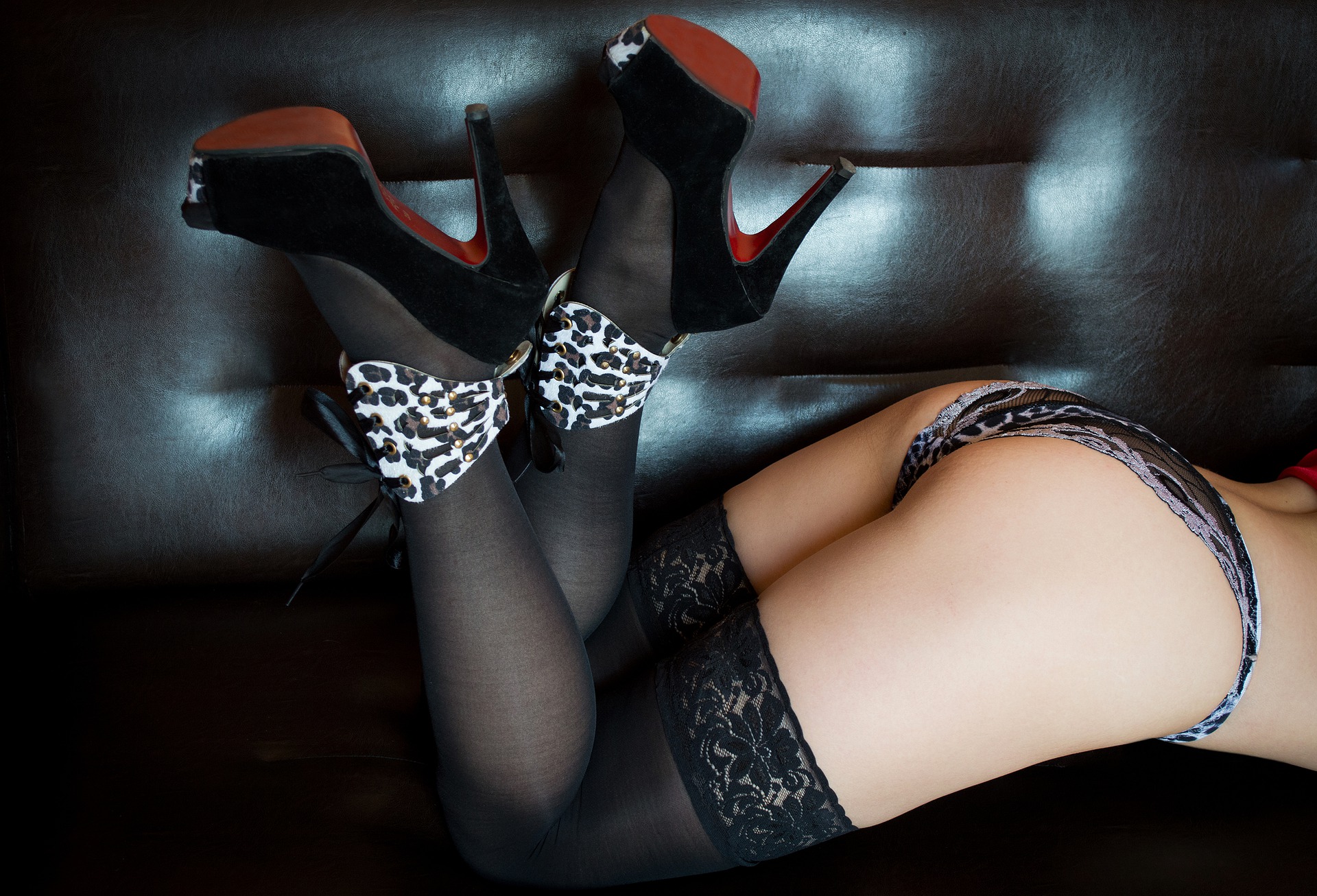 Our friends Mary and Simon had recently become wealthy, and one of their first purchases was a magnificent luxury villa some three hours away. It wasn’t your typical wooden cabin; instead, it was a massive, fully equipped vacation home that put the majority of our homes to shame. The rooms were small, but there must have been 8 or 9 bedrooms, so the location was great for entertaining a large group.

Our hosts had gone all out for the formal house-warming celebration, with a spectacular array of food and a couple crates of champagne — no money spared. Following supper, the traditional cottage games were played, and thanks to the state-of-the-art illuminations, the fun lasted well into the evening. We hadn’t met most of the 20 or so visitors before, but as the booze wore off, so did the inhibitions, and before you knew it, everyone was getting along swimmingly.

Mike, one of the few people who’d arrived on his own, was one of the guys who caught my eye. He was a tall, well-dressed man about our age who had recently divorced his wife and was in the mood to drink a bit too much and forget about a lot of painful memories. We sat in one of the two hot tubs for a long time, the three of us, while the rest of the group continued to play games. Someone else would occasionally join us, but they didn’t stay long, maybe because they didn’t enjoy our laid-back partying.

With the degree of inebriation building, a few couples drank their way into the lake, the females topless and the boys splashing and cheering raucously. Eventually, a pair of bikini bottoms emerged from beneath the water, a girl triumphantly spinning them around her head, and the scream “Skinny Dipping” erupted, and a dozen or so shorts were tossed from the lake onto the shore.

I asked Mike whether he was going to join them in the lake as two of the females kissed hastily to meet their husbands’ dares.

“I don’t believe that’s a good idea,” he remarked, raising himself above the water level just enough for us to view his big erection. As he slid back into the tub, a semi-embarrassed grin crossed his face, we broke out laughing. Despite the closeness of the tub and the nudity unfolding in front of our eyes, it was a relaxed event with no sexual tension in the air.

Two couples hastily exited the water and rushed into the cabin, ostensibly wanting to blend in. Another pair was hooking up in a tiny row boat about 30 feet from shore, shamelessly having sex while the boat swayed back and forth. Nonetheless, Francis and I decided to call it a night and made our way to our predetermined bedroom in a laid-back manner.

For the first time, dirty ideas rushed through my head till I doubled back and asked Mike if he had a place to stay in. He didn’t have a room and accepted the invitation warmly. Francis was OK when we returned to the room, even suggesting that he join us in the bed because the floor was hard and he hadn’t packed a sleeping bag. As we turned down the lights, there was still no sexual energy in the air, and it appeared that we would actually fall asleep like three well-behaved, responsible people. I was sandwiched between the two of them.

Francis turned to me and looked me in the eye, a wry grin stretched across his face, around 5 minutes later, with Mike on his side, facing the wall. The first seeds of sex were planted in the room when he stroked his hand up my thigh and between my legs, over my underpants. When I slid my hand over to Francis, I sensed he was tough. He then moved his head in the direction of Mike, which was the identical signal he’d given me when we were with Tamara a few months before.

I lifted my brows as if to say, “Are you sure?!?” and he nodded, taking my hand away from him and carefully moving it toward Mike. I leaned in and kissed my husband, then shifted my body away from Francis and toward Mike. I knew he couldn’t see what was going to happen, but he knew the routine – I have certain actions – and it brought back powerful and incredibly sexy memories of our first few months together all those years ago, when your hands first began to roam.

I spooned in a bit closer to our friend and began moving my right hand up Mike’s leg, gently creeping below the shorts but being careful not to really touch him, with his back to me. I’d then probe beneath the elastic at the top of the shorts, again avoiding any direct touch. This carried on for a few minutes, with me going closer and closer each time, occasionally rubbing too hard and putting my wrist on top of his penis by accident. I wasn’t sure whether he was awake because he didn’t answer; I could tell he was irritated by my apparent accidental contact, but I know males develop erections when sleeping, so I kept going. My entire hand eventually found its way beneath the shorts, and I carefully grabbed hold of him, one finger at a time. He breathed deeply and began to roll from his side to his back, and I realized he was certainly awake. I turned to face Francis, who was looking at us in the dim light. As I settled on Mike’s shoulder and began licking his ear and neck, I’m sure he could just about make us out.

Mike’s breathing increased louder as I masturbated him more aggressively, and the sheets began to make noise as well. I felt a hand between my legs at that same moment. I took the same long breath, attempting to find out if it was Mike or Francis. I traced the arm back with my hand on top of the hand. Mike was the one who had made contact with me. Since I was a teenager, it was the first time I’d been touched by a man other than Francis or my ex. My breathing definitely tipped Francis off as I felt his hand go between my legs, only to find out he’d been beaten to the punch as Mike continued to touch me through the cloth.

It didn’t take long for my legs to be in the air, as I’d had enough of the cotton obstacles. I tossed them to the ground and removed my t-shirt as well. I wanted to tease Francis a little now that I was completely clothed. I started moving towards him on my knees, as if I was about to kiss him, but then I vanished beneath the blankets and proceeded towards Mike, much to his surprise.

As he raised his rear off the bed, I took his boxers down and tossed them on the floor before crawling back under the blankets at the foot of the bed. I began kissing him from his ankles and worked my way up his body, sometimes licking him. I kissed his tummy, then his thighs, then with my right hand, I grabbed his penis. I held my head over his penis, still under the sheet, and brought it to my lips. I wanted to see it, but it was too dark beneath the blankets, so I closed my eyes, kissed all over his head, and gently sucked him into my mouth. As Francis watched the sheets over Mike’s belly swing up and down, he exhaled approvingly. I’m not sure how he managed to stay alive, because I was on the edge of doing it myself.

I climbed up after a few minutes, slipping my nude body over his until my head was uncovered and I was laying on top of him. His erection was pushing against my pubic hair, which I could feel. He’d have been within me in an inch or so if I’d just moved back down him an inch or so. It took a lot of strength not to let him slide inside me, so I turned to Francis and shouted, “Fuck me, baby!” As I resumed my position between Mike’s knees after he tossed the blankets off the bed, Francis approached me from behind. I remembered my friend’s “Letter H” dream from years ago, and here I was, my husband pushing in and out of me as I gave a blowjob to a complete stranger.

Francis’ main want was for a better view of the activity; he couldn’t see the look of desire on my face, and I knew this would worry him, so I returned to the bed, pulled me up with him so our heads were on the same pillow, and he began spooning with me from behind. Mike stood there for a minute as two, then went down on his knees and placed his penis square in front of my face, which I dutifully swallowed. It was the eroticest thing we’d ever done together. My eyes were closed while Mike received the blowjob of a lifetime, but they were opened when I realized how near this was to my own husband’s face. It piqued my interest even more. I was in paradise as I licked and sucked him to death, and seeing his penis inches from my husband’s lips drove me insane. I’d never considered Francis with another man before, but it was so sexy that all I wanted to see was him remove it from my lips and slip it into Francis’. Mike, on the other hand, began thrusting with tremendous energy and became more vociferous, indicating that he was close to arrive.

I was worried because, while I’d talked with my husband in great length about what we’d do with another person, we hadn’t talked about where he’d come from, but any problems were resolved when he pulled away and finished himself off over my chest. He was definitely blocked up because he continued coming all over my boobs again and again. When he was done, I drew him back and gave him one last lick, tasting him for the first time, and that was enough to push Francis over the edge, causing him to crawl inside me.

When we awoke the next morning, Mike was gone. As he departed, we must have both passed out from the sex and were sleeping deeply — we had both had a significant quantity of alcohol the night before. As the sun streamed through the drapes, I smiled at Francis.

“Did last night go well for you?” I inquired.

He drew my hand down and pressed it on his hardened penis.

“How do you feel?” he inquired. “All I want is for him to come into your mouth.”