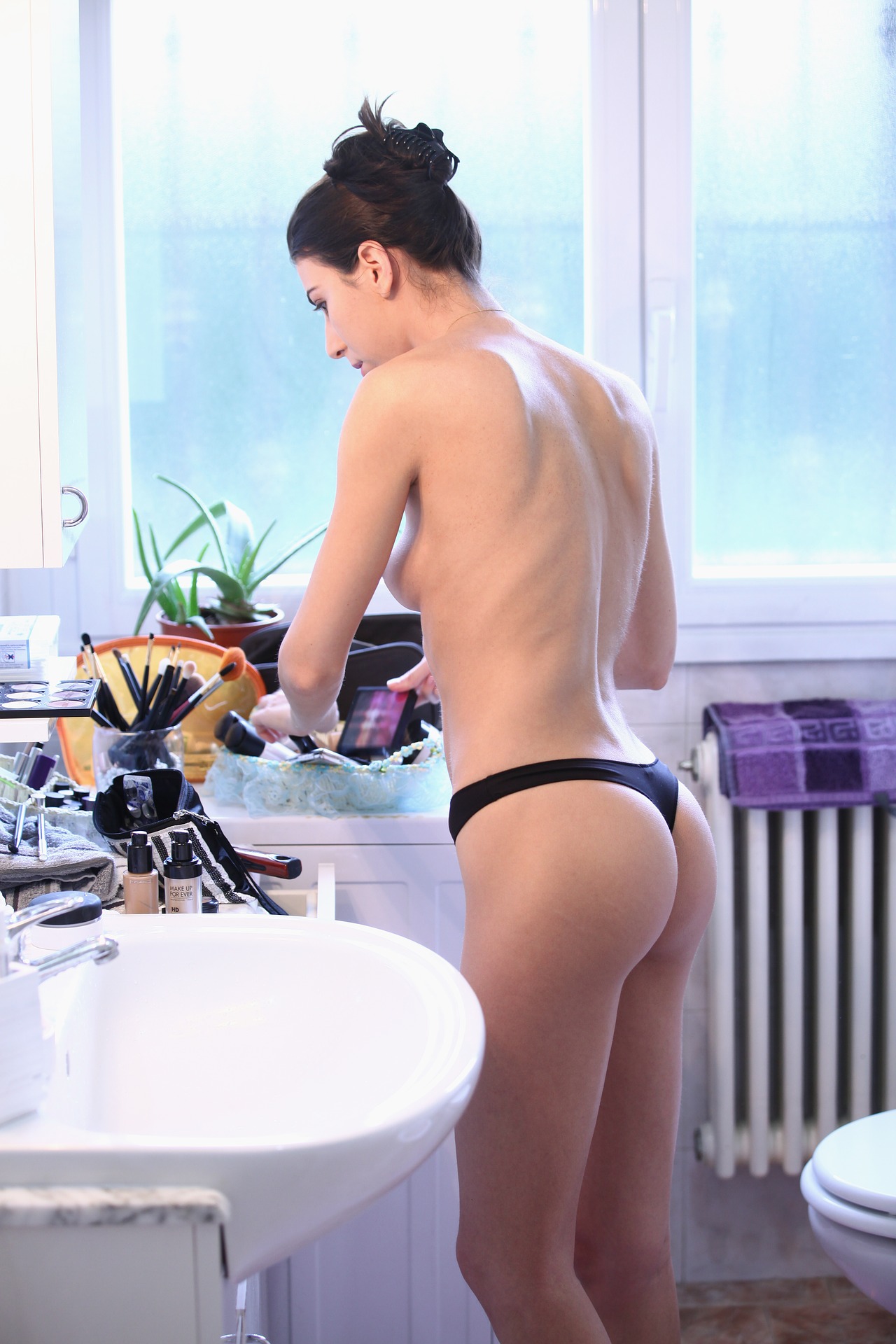 In Dallas, we were in a beautiful nightclub/dance venue. It was a Wednesday night, and as is customary on Wednesday nights, some members of a local swingers club gathered. From ten o’clock to midnight, beverages cost $1 each, so that’s when the crowds are big.

There aren’t many swingers around. It was a young audience, but there were maybe two dozen folks we knew from the club.

Several men have invited me to dance, and they have all made it clear that they will press against me. The hard cocks were fun to feel. On the dance floor, one man reached beneath my skirt and felt my exposed pussy. He grinned and said, “Wet.”

It was exhilarating to know that a handful of the men that danced with me were from the swingers club, and I had already fucked them there. One young man, maybe 15 years younger than me, rubbed his crotch on me and told me I was beautiful, then motioned me outside to his car. I was tempted, but I resisted and told him to wait.

When my Stag took me to a corner of the club, I had three rather strong Jim Beam and cokes and was feeling rather frisky.

“Joseph is the name of the male restroom attendant. He claims you’re the most attractive woman in the room tonight.”

Wow! That was quite a praise, given the large number of younger and, in my opinion, more attractive women present. That was it, I thought as I smiled. My Stag, however, has other ideas.

“Say hello to him by poking your head inside the men’s room door. Do it right now!”

I moved to the rear of the dance floor, to an alcove where the restrooms were located, and instead of poking my head through the door, I walked right in.

When I approached “Joseph,” he turned out to be an extremely attractive black man, and his face lit up with a grin.

I assumed men were peeing close, but I didn’t see, despite a few comments from the other men in the room.

“I’ve seen you at the club,” Joseph explained, adding that he and his girlfriend frequented the Swingers Club. “You’re a sultry babe.”

I teased, “You have no idea how sexy you are.”

For some minutes, the dialogue went like this….men passing past me, Joseph offering a few of them towels. Then his hand slipped beneath my little skirt.

“Woah, that’s one moist pussy, chick!” I was fingered by Joseph. I knew some people were probably aware of what he was up to, but I was too aroused to care.

He kept doing it for a few minutes before stopping just as I was ready to squirt.

“You have to get fucked,” he stated emphatically. He took my hand in his and walked me to a cubicle. He said, “Step inside my office.”

Once inside, he instructed me to use the restroom, which I did. He took his long, magnificent, and hardening black dick out of his pants.

I’m aware that practically every narrative about interracial sex includes a reference to “the longest cock I’ve ever seen.” That is, in this case, very near to the truth. Joseph later informed me that it was 11 inches, I’ve had other long cocks, and if his isn’t the absolute longest (which it could be), it’s certainly among the top two or three. I am a real Size Queen Vixen truth be told.

In seconds, I had my mouth on that monster, and wow!…it was fantastic. I adore sucking cock of any size, and I especially enjoy having a huge one. Ivory was assertive yet remaining cautious not to injure me. I tried to get every last inch down my throat…I think I got close because I can control my gag reflex, but I didn’t get it all.

I was wild with want, licking, going to his balls, licking under his testicles, then slurping it into my mouth and twisting my head as I bobbed up and down… slowly, then quickly, then licking again.

Men had gathered outside the stall door, which I didn’t notice until later. Anyone in the room could actually hear what was going on.

I’m not only submissive vixen, but I’m also a slut…and I’m proud of it.

After being a good girl for 19 years in my first, somewhat uninteresting marriage, I had met a man who wanted me to be a slut…and it was just what I wanted. So I happily embraced this, and this was certainly a naughty thing to be doing.

Joseph wanted more after many minutes of having his cock sucked.

His hands lifted up my skirt as he dragged me to my feet and kissed me. He only came to a halt to put on a condom. It was a Magnum, I noted. Yes, of course!

Joseph twisted me around and knelt beside me. My little skirt was  around my waist, and that long, thick dick was ploughing my Vixen married Pussy in no time.

Outside, the sound of his dick pounding into my pussy could be clearly heard. But if they hadn’t been, everyone in the men’s room would have been aware of the situation now. I was screaming and moaning and not in the least bit quiet about it, as I was in the thick of furious emotion.

As he hammered it into me, I could feel his hands on my bottom, holding and spreading me.

“Damn, girl, damn,” he exclaimed as he dumped his load.

He took his dick out and removed the condom after catching his breath.

“Wait,” I murmured, turning around and resuming my seat on the toilet. “A good slut cleans up after herself.”

And I used my mouth to lick him clean and taste the come that was still on him.

He went out of the stall after I finished smoothing out my skirt.

I followed suit and made my way to the front door. I’m not sure how many men were in the room, but they all seemed to be staring at me as I walked out.

One of the men from the swingers club, one who had done me approximately two weeks before, was just entering the doorway.

He said, “Hey.” “You are not permitted to come in here’

“I just did,” I swear to God was my quick response.

My Stag had entered the men’s room while I was in the stall, and was one of several males watching from the adjacent stall, I later learned. He claimed that others were on the floor, peering beneath the stall door to catch a glimpse of me being a slut.

I had two more opportunities to meet Joseph…and neither of them was in a men’s room. He’s the same length as I remember him being, and he’s just as excellent sexually.

Is this the most slovenly thing I’ve ever done? I’ve had a lot of sexual escapades in the last three years, but this one definitely counts. What are your thoughts?