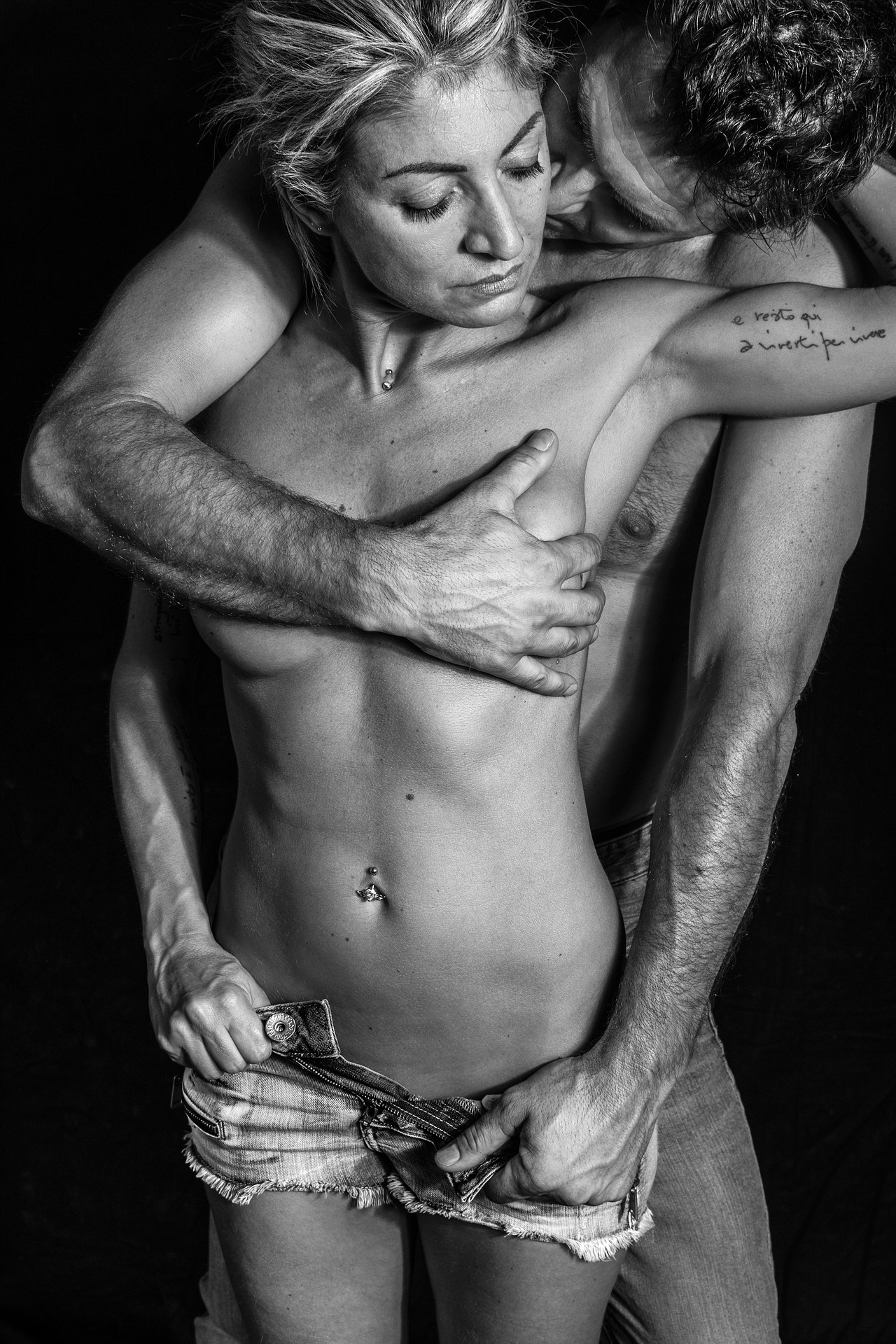 Outside of a relationship, sleeping with someone isn’t always a negative thing. So, your wife wants to sleep with someone else? Are you prepared to face it? Here’s how to find out if you are both ready for her to become a VIxen Hotwife and you a Stag.

Is Your Wife Interested in Sleeping or being shared With Another Man?

For most couples, the desire to sleep with someone who is not in the relationship means doom.

Is this, however, a terrible thing?

To be honest, we’re all different, and every relationship in the world, no matter how flawless it appears on the surface, is nonetheless filled with secrets and fetishes

What you may find immoral may appear normal to someone else.

So, for starters, refrain from passing judgement.

Everything in a relationship is wonderful as long as your desires do not harm or negatively affect your partner.

Would you be okay with it if your wife had an sex with another man?

Are you weighing your alternatives or pondering the consequences?

Contrary to common assumption, the desire to have sex with another person is not usually motivated by discontent or mistrust, but rather by trust and a perfect knowledge of each other’s love and sexual desires.

Would you rather have a wife who has an affair behind your back with another guy or a woman who tells you that her sexual urges are unfulfilled?

Is it acceptable for your wife to have an extramarital you and your potential Vixen Hotwife?

Let’s be honest. Every single one of us has sexual desires. And, even if it’s the sexiest thing in the world, we’re all going to get tired of seeing the same stuff in bed all the time. Humans, by their very nature, enjoy diversity.

For school or college sweethearts who have been together since college and haven’t had intercourse with many people other than their own partners, the desire to sleep with someone outside the partnership is even more appealing. It’s an internal temptation that would always nag at you.

If any sexually active individual claims they can’t think about or dream about anyone other than their own sweetheart in bed, we all know they’re lying deep down.

So, if couples love each other and understand each other’s sexual needs, is it really so horrible to bring someone else into bed with you?

Are you willing to allow and want your wife have sex with another man?

It’s not all cute and romantic to sleep with someone else outside of your relationship. It’s one of the riskiest things you can do in a relationship. Here are a few questions to consider in order to determine if you’re ready.

#1 Why does your wife truly want to come a Vixen Hotwife? Have an open and honest discussion with your wife. What makes her desire to have sex with someone else? Are you happy with her response?

#2 Do you intend to spice up both of your sex lives, or is this a simple fun for your wife? A lousy lover might use this as an excuse to have an affair right in front of your eyes. Do you know the man with whom your rwife wants to have sex? Is it possible that this is the start of a relationship? Instead of a sexual fun, it’s always better to utilise a person you met on vacation.

#3 How’s it going in your relationship? Are you both content and entirely devoted to one other? Is this a sexual fantasy shared by both of you? You’re not alone if you think your wife is too gorgeous to be enjoyed alone by you and have a secret fantasy of seeing her get creamed by another man

#4 Are you both prepared for the ramifications? Allowing your wife to have sex with another man, as frightening as it may sound, can be a lot of fun if both of you have set solid ground rules and discussed any lingering doubts. You’ve obviously broken the ground rules if you’re presented with an embarrassing position the next morning and can’t look each other in the eyes.

The big test of your relationship survival skills

Is your relationship strong enough to handle another man in bed?

Don’t allow your wife go away into the arms of another man just yet. A fantasy in your brain almost always feels sexier than real life. First, put these tests to the test in real life.

1st test Have a webcam sex session. Have you ever had sex on a webcam while streaming it? Meet a random couple online or go to an adult webcam service all found on VXN Lifestyle *over 18 area* to check if you both like having sex while being watched? Is it terrifying to think that someone else is seeing you and your partner naked and is probably whacking off as well? Just a word of caution: when chatting via webcam, don’t show off your faces until trust is built with the other person or couple.

Test #2: Have sex in bed with another couple. Invite a sexually interesting and pleasant pair to stay at your house and get drunk with you. So that both spouses have sex in the same bed, lead the games to bed.

3rd test While on vacation, give your wife a massage. Give her a full body massage with a male masseur and a happy conclusion, and we don’t mean just any massage.

So, how did you perform on the test?

# How are you feeling right now? What were your thoughts on each of the tests? Did that make you hornier and more sexually excited? Or were you simply irritated?

# Do you think you’ll be able to handle it? Would you feel uneasy or jealous if your saw your Vixen Hotwife with another man? Or were you simply pleased to see your wife having a good time?

# Is your wife pleased with it? This is now also important. Did your wife have a good time?

# Are you upset? Is it upsetting to see your woman with someone else, or does it offer you a new wave of libido?

While sleeping with someone else, you’re playing it safe.

If you’re both satisfied with the sexual encounters described here, you’re probably ready for more. Take it a step further without sending your wife on a vacation with another man just yet, just to be sure you’re not placing your relationship on unstable footing.

It’s simpler and safer, and because you’d still be near each other, either of you could back away if things were weird.

There are four things to be aware of when your wife has had sex with another man.

If you and your partner think you’re ready to broaden your sexual horizons by sleeping with strangers, there are a few things to keep an eye on the morning after.

#1 A second opinion. You might be having second thoughts about the whole thing. You can even come to regret it if neither of you was fully prepared to bring the sexual fantasy to life.

#2 Anxiety and panic. Have you seen the film Indecent Proposal? If you’re both unsure of what you want, that’s a panic attack waiting to happen.

#3 Fear of being separated from one another. Would you be worried if your wife had a fling with another man? If the guy is a buddy, do you think you’d be more afraid?

#4 Resentment of your wife’s desires. Would you regard it as a once-in-a-lifetime sexual high, or would you simply blame your wife for wanting to be a whore once it was all over?

Well, that may be fun for both of you.

It might either be a good thing or a bad thing.

If done with careful thinking, having sex with someone outside the partnership can be romantic and lovely. If you don’t, it may cause both of you to drift away from each other and into the bed of someone else if one of you is unhappy with the outcomes. It all comes down to emotional safety and trust. It’s never a negative thing if you both love one other a lot and don’t mind having sex with others because you truly want your spouse to have excellent sex and fulfil their sexual desires, as long as that’s what you both want.

And if you notice your wife orgasming more or having a better time in bed with someone else, you must understand that it’s the sexual fantasy, not the guy she’s having sex with, that turns her on.

You are not a mentally ill deviant if you or your wife and  desire to have sex with someone else and becoming a Stag Vixen Hotwife Couple. Some couples embrace the concept, while others don’t. To each his or her own.

So, rather than damaging your connection, stay away from it if you don’t enjoy it. And if you really want your wife to sleep with another man, go ahead and do it, but only after you’ve carefully considered the points made here, and you’ll be ready to take the next step.

You can meet respectful non pushy people on VXN Lifestyle who will go at your pace and help with any questions about the Stag Vixen Lifestyle.