Want to Get your Penis Pierced? 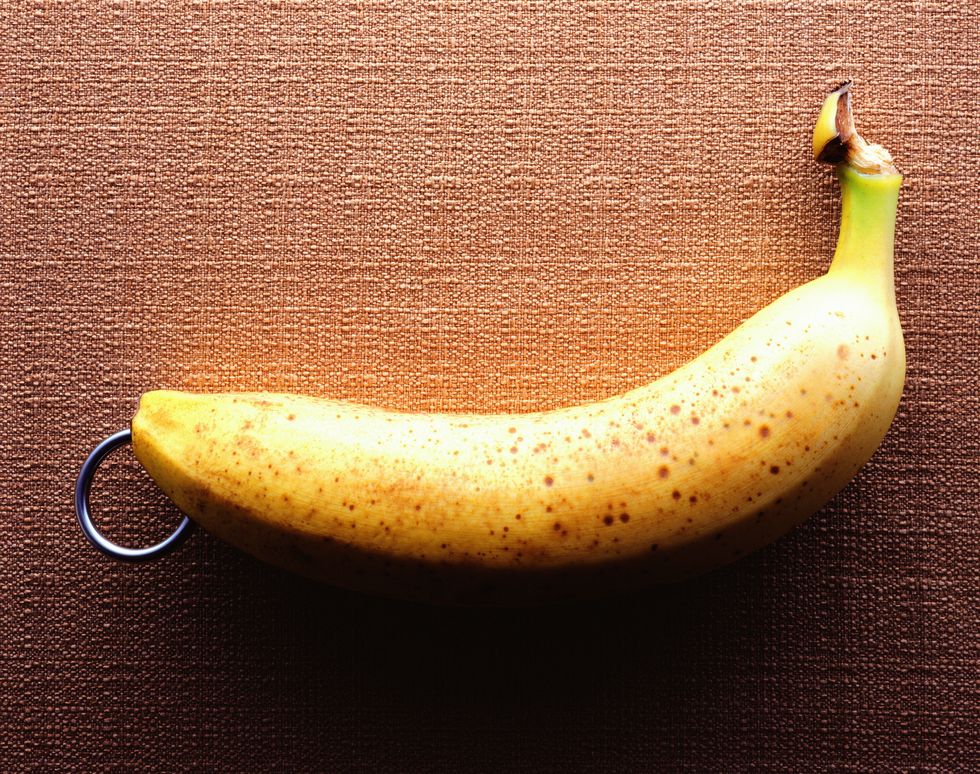 Want to Get your Penis Pierced?

When you look at your penis, you probably imagine it penetrating various orifices (or whatever else you’re into—we’re not one to judge). But when you get a penis piercing (like the notorious Prince Albert piercing), your penis is the organ being penetrated. If the prospect of having a needle inserted into one of your most sensitive areas sounds daunting to you, you’re not alone.

But for many body modification enthusiasts, the end results are worth it. (Take the eccentric roadside zoo owner, Joe Exotic. In the Netflix documentary series Tiger King: Murder, Mayhem and Madness, the big cat fanatic boasts of having a Prince Albert for 18 years. In fact, he claims to sometimes add a padlock to the penis ring to give it additional weight.)

The most common types of penis piercings are the Jacob’s Ladder (a piercing or multiple piercings on the underside of the shaft of the penis) and the Prince Albert (a piercing toward the head of the penis), says celebrity body piercer Chris Saint. Getting a penis piercing is serious business: not only do you have to get accustomed to living with a shiny new permanent accessory on your junk, but it can also seriously affect every other aspect of your genital functioning, from your sex life to how you pee. We spoke Saint with to learn what to expect from a penis piercing.

Chris Saint: They’re not too common. Clit piercings [clitoral hood piercings] are much more common. The weird thing is you get a lot of women who come in with their friends for a clitoral piercing, and they’ll treat it as this fun thing that they’re doing. For some reason, women seem to feel at ease coming into the shop or booking an appointment. When guys do it, a lot of time they’ll come in solo, and they’ll be real nervous about it. I’m not sure why this is, but in my experience, women always seem a little more comfortable when confronted with each other’s bodies. Men generally don’t seem to have the same willingness to see each other naked for some reason. They won’t want anyone else to know what they’re having.

What are the most popular styles of piercings?

There are two. There’s one called a frenulum piercing. It’s referred to as the Jacob’s Ladder. It’s basically just through the skin. It’s a small amount of pain that lasts for a brief second, but when it happens, it’s very intense. The other most popular one is the one that people think of when they hear “male genital piercing,” and that’s a Prince Albert. They look a lot scarier than they are because you pierce down through the urethra and then out of the bottom wall

What is the actual piercing procedure like for a Prince Albert?

It’s slightly uncomfortable. What we usually do is use these hollow metal or glass tubes. I’m pushing that tube down into the penis, and then we’re going from the outside into that tube. Every piercer is going to have a different method. Some don’t use the tube and like to open the urethra with their fingers and push the needle down. I don’t like that because it scrapes as it goes down. It’s a real soft area. Or an occasionally soft area (laughs).

Does someone’s individual anatomy, such as their penis size or whether they’re circumcised or uncircumcised, play a role in piercings?

We’ve done it on both [circumcised and uncircumcised penises], and it doesn’t make a lot of difference. It’s going to be slightly uncomfortable after you first get it regardless. The only thing that we’d change based on the person’s size is the jewelry. The thickness of the bar should remain the same in most cases, but if we’re using circular barbells or a complete hoop, the diameter of the ring should change dependent on the size of a person’s anatomy.

It takes around six to eight weeks for everything to heal up nicely. It varies. Sometimes right after you pierce it, people bleed a little bit. Usually, we wrap them up in a little [gauze] burrito. If it does bleed; don’t stress. Usually, we tell people to use saline solution soaks, like a quarter of a teaspoon in a cup of water. And then after you clean it, you should urinate, too. Because everyone’s urine is sterile for them, so it acts like a little flush. One thing we have to warn people is that as you’re peeing for the first week or so, you should be real careful because [the pee] might come out of the bottom hole as well [for Prince Albert piercings]. So you might have to do it seated or push up and plug the hole.

Do you have to abstain from sexual activity? Does it make putting on condoms more difficult?

You just have to learn how to do everything again. It’s not so much painful — it’s more that your body is a different shape now. You’re inserting things in a different way and putting a condom on in a different way, and you have to get used to that. You now have an open wound so if you’d normally be worried about transferring blood or fluids with somebody; you’ve got to be more careful now because there’s a bigger chance you could do that [Some studies indicate that there is a small increase in the risk of STI transmission with genital piercings]. So when you use condoms, be ultra-gentle instead of just going for it. Ease yourself into it. Even in a completely monogamous trusting relationship, other people’s bodily fluids can irritate you.

It might be good, or it might be bad; it might be good for both of you. It really depends. Especially with titanium jewelry, you’ve got something very visible that can change temperature when exposed to heat or cold.

If you’re interested in getting your penis pierced, what should you look for in a piercer?

Finding someone reputable is crucial. The best thing to do is find someone who has examples of their work. You should also know that it’s not going to be as cheap as getting a nose piercing. A genital piercing is generally going to be the most expensive piercing that person does. I usually charge $135 for a genital piercing — any type on any person of any gender.

We hope this has helped you decide. Please share if you have enjoyed this article about getting your Penis Pierced.