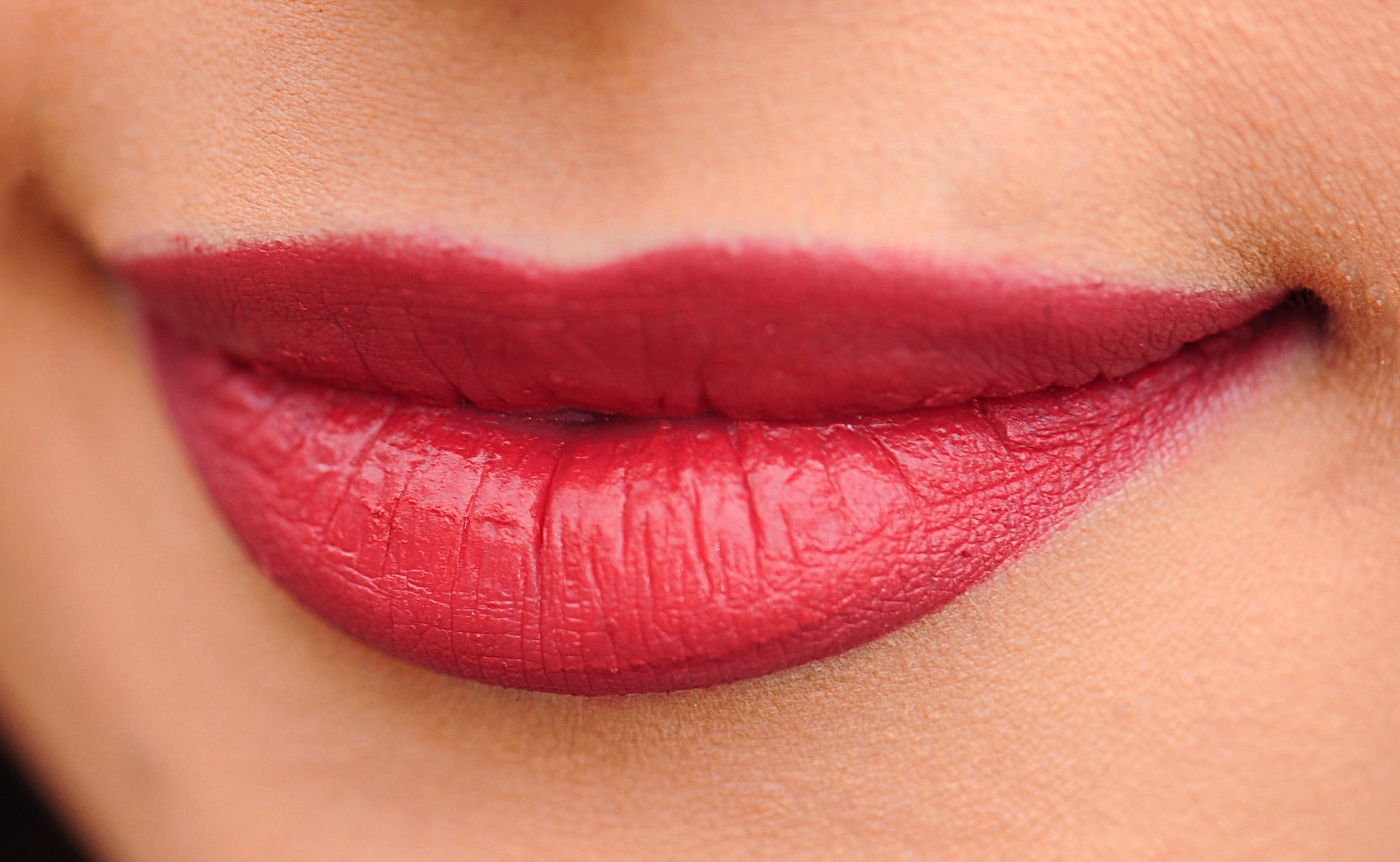 The time was drawing closer, to the point that he could be showing up at any second, and Becky had been sitting nervously on the end of the bed with me, clutching at my hand with a hesitance still deep inside of her. That emotion had to be quelled rather quickly, as a knock caused both of us to jump slightly, and I excused myself to let him in.

It was an odd turn of events, for years I had been battling with the mislabelling of ‘cuck’, not quite fitting into that role myself, and especially not my wife. The two of us just wanted something,
different. Thankfully the realization of where exactly we belonged came sooner than we thought, stumbling across https://vxnlifestyle.com/ that helped label us properly.

After perusing the site for a while together, we came across a man that fit exactly what we were looking for, and after chatting for a while to ensure it wasn’t too good to be true, we organized a meetup!

Now at the door, I take a deep breath before allowing him in. He looks just as his profile had shown him, and I eagerly invite him inside, showing him around and up toward the bedroom where my wife was waiting.

He’s very polite when he finally meets her, and I watch them shake hands and exchange pleasantries, a slight awkwardness in the air as my wife tried to ignore the fact that the three of us had already agreed to what’s about to happen. Having done this plenty of times before, he interrupts the silence to suggest we all stripped down. His confidence in the matter rubs off on the two of us, and we begin taking off our clothes. He is much different, having no issue stripping down his outfit, pulling down his underwear to reveal his half-hard cock that slaps against his thigh once released.

The sudden shock in my wife’s voice is all I needed to get hard, affirming my belief that she’ll come around, though she became interested much sooner than I thought, to my delight. He smirks slightly, clearly having heard that before, but I can imagine it’s difficult to get tired of hearing someone else’s wife gawk at the size of your dick.

Becky’s a tad hesitant in kneeling, but under his gaze, is soon on the floor, inches away from his cock. It had already begun throbbing, getting harder in front of her very eyes, causing her to flinch each time he purposefully made it twitch toward her chin. The two of us share a quick knowing glance as she’s practically in a cock-trance, likely thinking just how to get about starting.

She’s soon lost in the idea of even trying to suck this huge dick in front of her. Becky makes her first effort, wrapping her lips around his tip as she pushes her head forward more, keeping her eyes shut. She dreamily begins moving her head up and down his length, getting a few more inches into her mouth before coming back up for air, licking at his tip before taking another attempt. Each try has her getting more into her mouth, until I can hear his cock hit the back of her throat, and the real challenge begins.

Becky opens her eyes as she gags slightly, then they snap open as she realizes she’s only about halfway down his shaft!

There’s something magical about seeing Becky on her knees, struggling with his cock as she reels back in shock at how big it is compared to her. She pulls back, gently gasping both for air, but also from her sudden arousal, her face had flush red from the brief experience.

He seems to have finished easing things in, and he clutches the back of Becky’s head to pull her off, a loud pop is heard as her lips finally break away from his tip. She notices how hard that I had gotten and winks at me.

“Well fuck, your eally came out of your shell now, haven’t you?”

Becky looks up at him again, a huge grin on her face as she eagerly nods, awaiting his next words. I’m doing much the same, eager for this to continue.

“How about we move to the main course, hm? Your husband should come too.”

With that, he motions the both of us toward the bed, which we both hop on to. I take my place leaning against the headboard, as he kneels at the foot of the bed, awaiting Becky to take her place between the two of us. As she does, he grabs at her thighs and pulls her onto his lap, the both of them giggling slightly.

“Now, let’s go slowly at first, let’s see how much you can take.”

His words bring reality to an obvious obstacle. His huge dick was likely more than Becky was used to, and she’d struggle to get most of it in without squeal. Not that the thought had me hung up, in fact I had already started stroking again as she looked at me from his lap, the both of them facing me as I lay back on the bed.

The first sign of Becky’s struggling starts when she reaches a few inches deep, the sensation of having her pussy forced to adjust to his massive cock was getting to her, and her thighs began to tremble. Nevertheless, urged on by lust, she continued grinding her hips in circles as she lowered herself on his shaft, his hand on her hips, pushing her deeper whenever she faltered. Each time he pushed her down, she let out a yelp before instinctively grinding back into his lap, letting his dick fill her even more as she rode what she had pushed inside of her so far. Now riding seven of his ten inches, she seemed content with that, grinding her wet pussy on his cock as I watched on, her eyes locked squarely on mine as she continued riding the man behind her.

Her look changed from one intently staring into my eyes, to one of absent-mindedly staring aimlessly, she had glazed over in a haze of pleasure, his cock strong,throbbing and strong inside of her quivering pussy, causing her to spasm and twitch in his lap. She was nearing her pique, and her thighs continued trembling as she rode his dick, and in a sudden switch, she began clenching down, quivering in his grasp as she began cumming violently on his cock. Her moans became shrieks of unfiltered pleasure, Becky couldn’t hold back her intense spasms, her thighs suddenly giving way under the intensity of her orgasms, causing her body to fall onto his cock, spearing herself fully on his ten inches.

Her moans were suddenly caught in her throat, her mind melting in sheer ecstasy as her pussy struggled with the sudden intrusion. He soon joined her, the feeling of his cock suddenly being swallowed by her pussy, still cumming around his shaft, practically milking him had worked. He tightened his grip on her hips, pushing his dick further inside of her as Becky’s voice finally returned, only for her to babble nonsense in her cock-crazed frenzy. Her entire body spasmed violently in his grip, trembling on his cock, and the look she maintained with me that entire time had my mind in tatters as well, my own dick twitching in my hand as I neared the edge.

“Fucking hell, Becky… I didn’t expect that to come out of you!”

He couldn’t help but speak up at his surprise. He half expected to rail some timid house-wife, but what she showed there was something more.

With her still cum-drunk from the little happy-accident she had, he takes the time to notice I  had already begun stroking again, and smirks with an idea. He nestles his lips next to Becky’s ear, and whispers something to her.

She does so without thinking, and he lays her across the bed, still sitting in his lap, but with her face inching toward my crotch. Holding onto her hair tightly, he pushes her waiting mouth around my cock, and I move my hand away as she swallows my dick eagerly, bobbing her head in my lap as he begins pounding into her from behind. What happens over what feels like the next hour, is my back against the headboard as my wife eagerly deepthroats my dick, as I watch his cock disappear between her cheeks as he relentlessly pounds into her pussy from behind. I can clearly see how lost to her own built-up pleasure she is, her eyes having long since rolled up into her head, she moves on instinct as she sucks on my cock.

Load after painful load is forced from my tip by her lips, all as he continues railing into Becky, grunting behind her as I get a full view of her cheeks jiggling with each slap of his hips against her. Soon my vision goes white, he grips tightly to her waist before bottoming out, Becky’s entire body begins spasming once again, and my dick twitches in her throat, shooting my cum across her tongue once again. The three of us are lost in that moment, completely and utterly sated in my lust, each of us pulls back and takes time to recover.

We’re both left gasping, Becky still spasming on the bed as he stands up and begins collecting his clothes.

He gets dressed rather promptly, but turns to the two of us before leaving.

“Make sure you do contact me, the two of you are rather fun~”

With that, he disappears out the door and leaves the two of us, panting in our own bed as Becky twitches with each load that trickles from her well-fucked pussy. With one look at her I don’t need to even ask the question, and we understand that this might indeed become a regular occurrence.

After hearing that final click of the door as he leaves, the two of us, still exhausted, stumble our way to the shower together to clean up. As the showers wash away the perverse mixture of our evening together, I can’t help but eye Becky up at each moment, before finally caving into my desires and pinning her up against the shower wall, sending her back to that shaky-legged place she had only just recovered from.