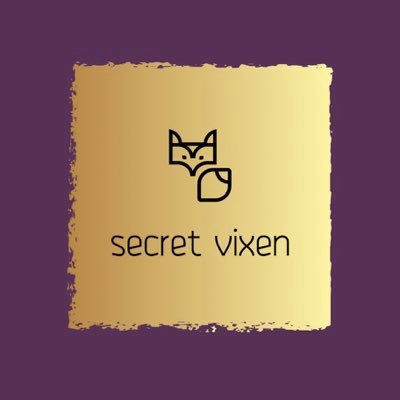 The excitement of Hotwifing is not only found in the physical act of being with a lover other than your husband, but is also deeply rooted in the equally erotic ritual of ‘Reclaiming.’ When a Vixen returns from an encounter with a Bull, the act of sharing every little detail is an essential part of being a Hotwife, particularly if your Stag hasn’t been fortunate enough or dare I say, ‘permitted’ to be present at the event. On every occasion that I have recounted the sexual acts undertaken with my Bulls thus far, what has followed is an exceptionally charged and passionate session of lovemaking, in which I have been reclaimed by my husband, in body, mind and soul. One such occasion where this ritual exceeded either of our expectations was my return from the encounter in the car as described in bigger-bulls.

After sating my most recent Bull with my mouth in the front seat of his car, I made the frustrating journey home. I say frustrating for I had made the decision to not take things further, even though every hormone in my body was screaming out for me to. The chemistry felt between us during the date gave me confidence that another meeting would follow, so I decided to save myself for the privacy of the bedroom where I could deliver my best performance. Pent up desire was running through my body as I made the agonising return to my husband. During the journey, I tried distracting myself with my phone but this only made matters worse, for my Bull was sending me messages of thanks and promises of ‘returning the favour’ when we met again. Never in my life had I been so aware or my crotch as I inched ever closer to my house. I could feel the moisture and even a pulsating sensation as I walked from the bus. My body was crying out for release.

As I walked down the drive towards my house, I could see my Stag awaiting me in the porch, something that had become another ritual of our Hotwifing journey. He knew I was close to home due to his constant surveillance of me on his ‘Find My Friends’ app. The door was was eagerly opened and before I could even mutter ‘hello,’ we were kissing deeply. The words that eventually followed shocked both of us for I had never been so dominant when initiating sex. “Get up those stairs now!” I commanded and my husband was only too obliging. We quickly moved into the room and he pushed me forcefully against the wall so that we could continue the kiss that had started downstairs.

“Have you been a naughty wife?”

My Stag enquired, to which I simply nodded my head with an intensely mischievous glint in my eye. I had no intention on ‘standing on ceremony’ for I had already gratified one man that evening and wanted my just desserts! I pushed away from the wall and led my husband to the bed. I grabbed him by his belt and pulled him on top of me, wrapping my legs around his waist so that I could feel his hard cock against my wanting crotch. I had never been so grateful to be wearing a dress as I had that evening, for moments later my sodden thong was removed. I reached up and stroked my husband’s cheek before moving it to his head to inform him of my wishes. Just as I had given release to someone with my mouth, I too wanted to revel in that delight. The joy of making love to a long term partner, is that you know every little cue resulting in a unfaltering fluidity between each sexual act. Recognising my wishes, my husband was once again obliging and re-positioned himself between my legs.

A flick of the tongue against my clitoris indicated that he wanted to tease me, something that I would normally be more than open to. However on this occasion, I was being greedy; I wanted my orgasm. I pulled his head closer towards me and lifted my hips from the bed. I knew exactly how to use my body and my husband’s tongue in partnership to get my reward. My intensely aroused state ensured that I reached my goal with very little encouragement but whereas normally I would savour the moment of post-climax pleasure, I wasn’t finished with him yet. I pushed my husband from me and used my legs to guide him to his back. I swiftly straddled him and took his cock inside me. My sexual greed had not gone unnoticed. Whereas a ‘reclaiming’ would normally entail a lengthy dialogue, this one was purely physical apart from one, highly loaded question:

“Do you wish you were fucking him?”

Without hesitation, I replied “yes” to my Stag’s question. This response ignited an inferno of jealousy in my husband; it wasn’t fuelled by anger but instead a lustful urge to demonstrate sexual dominance over the Bulls competing for my attention. The ring on my finger acted as a reminder that through vows taken, I was the partner of the man currently fucking me, not the man whom at that moment I wanted to be fucking. The sex that followed was a power struggle for control. I wanted to be on top, whereas my husband wanted me in other positions, for he knew that when I rode him, he would not be able to contain his load for long. He was quickly proven correct, for I rode the pair of us to climax but not before I shared one nugget of information from the earlier date. As I felt our orgasms climbing, I leaned towards my Stag and whispered in his ear: “I made him cum in my mouth and I swallowed it all.”

Read another blog by the Secret Vixen https://vxnlifestyle.com/the-beast-with-three-backs-by-the-secret-vixen/

VXN Lifestyle would like to thank The secret Vixen for allowing us to publish this we appreciate her kindness  https://secretvixen.blog/